On Saturday, May 17th, girls lacrosse player Brooke Reed, #11, played the final game of the 2014 regular season for the St. Johns Police Athletic League (PAL) Lady Stars season in a game held in the stadium of Pedro Menendez High School in St. Augustine.  The game was featured as the show-case, season ending game for the Lady Stars for 2014.

During the game, Brooke’s Lady Stars White team got on the scoreboard early to go up 1 – 0.   The Lady Stars Green came back to tie the game and continue to play the first half close.  The game ended with Brooke and her Lady Stars teammates convincingly winning 9 – 6.  During the game Brooke scored 4 goals playing as Mid-fielder.  The 4 goals increased her season total to 43 goals, placing her as the league leader in goals scored for 2014.  In addition to her scoring, Brooke passed out many scoring assists and gained possession on many ground-balls during the season.  This has definitely been an amazing year for Brooke, who as a 6th grader has earned so much succeeded in a league with 6th, 7th and 8th graders.

The following pictures are a season wrap-up on the successful 2014 for girls lacrosse player Brooke Reed, #11, and all of her St. Johns County Police Athletic League (PAL) Lady Stars lacrosse team. 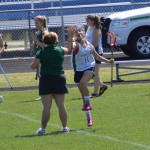 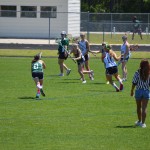 Brooke making one of her four last game goals 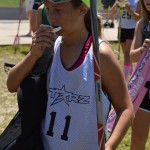 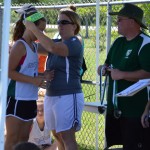 Brooke getting end of season medals 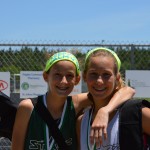 Brooke and her teammate Natalie 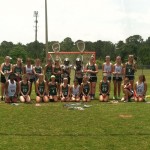