Last week featured two tournament games for girls lacrosse player Brooke Reed, #11, and her PAL Lady Stars teammates as they faced the Creeks Heat on Tuesday evening and played a three mini-game tournament on Saturday morning.  Playing their cross-county rivals The Creeks Heat tournament lacrosse team on Tuesday, Brooke managed to score 4 goals and passed out several assists in a one-sided game that resulted in a 14 – 8 loss for the Lady Stars.  Brooke was able to score two late goals to help keep the game close, but the Heat managed to answer back with quick goals of their own to maintain the lead and secure a win.

On Saturday, Brooke played in a best two-out-of-three, mini-game tournament with her PAL Lady Stars teammates.  The tournament was dominated by Brooke’s Stars team as they won the first two games decisively to win the tournament for the day.  The third game served as an exhibition match and gave the girls some additional time on the field to work together before the Summer tournaments begin.  In the three games, Brooke scored 3 goals (game 1), 5 goals (game 2) and 2 goals (game 3), including the game winner.  In addition, Brooke had many ground ball possessions and passed out several assists.  The 14 goals this past week scored by Brooke raises her season total to 39 goals in 8 games/matches.

The featured video shows one of Brooke’s ten goals on Saturday where she splits two defenders to attack the goal and score. 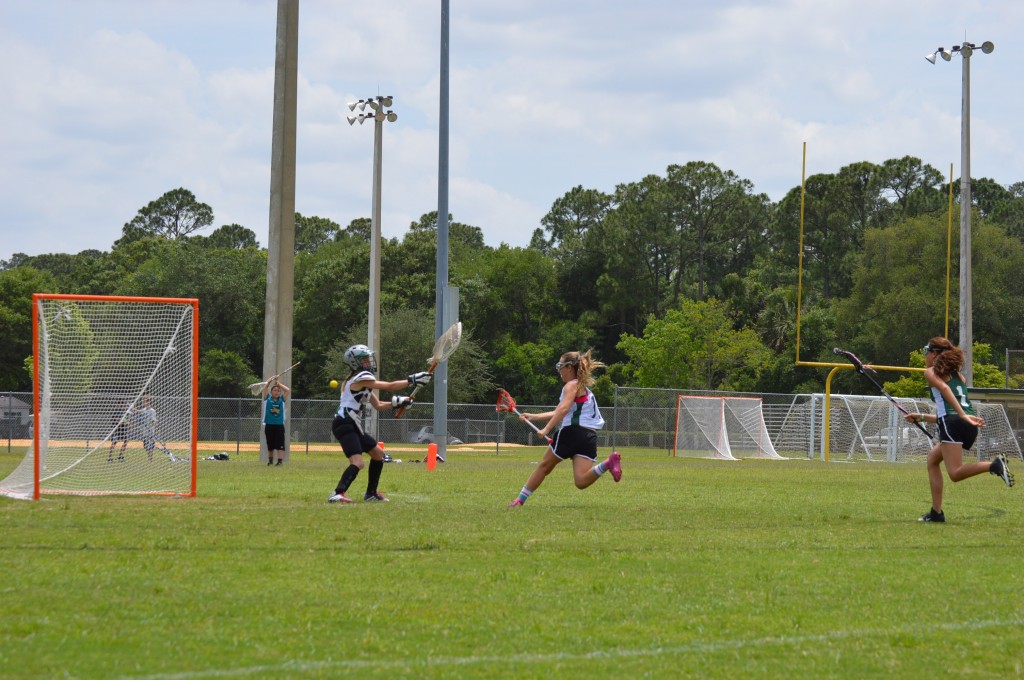 Brooke Reed, #11, attacks the goalie and scores a goal in a weekend lacrosse tournament with the PAL Lady Stars