We are catching up on the Blog for Brooke Reed Sports and the 2014 Lacrosse season with the St. Johns County Police Athletic League Lady Stars.  Over the past two weeks, Brooke and the Lady Stars have been playing a tournament style 7 on 7 lacrosse tournament each Saturday.  The games last for three 14 minute periods, best two out of three wins.  This past weekend, Brooke played the mid-field and attack positions, with some minutes rotating as defender.  During the three 14 minute games, Brooke was able to score a total of 10 goals on the day and come up with several ground balls and assists for goals.  However, it was not enough as the competing team broke a tie and scored with three seconds left in the third game to win 8 – 7.

Brooke has now scored a total of 25 goals in 6 games this season.  Brooke and the Lady Stars take on their cross county, and State tournament rivals the U-13, Creeks Swerve lacrosse team on Tuesday, May 6th.  The video featured shows Brooke scoring on one of her 10 goals during the Saturday (May 3rd) tournament. 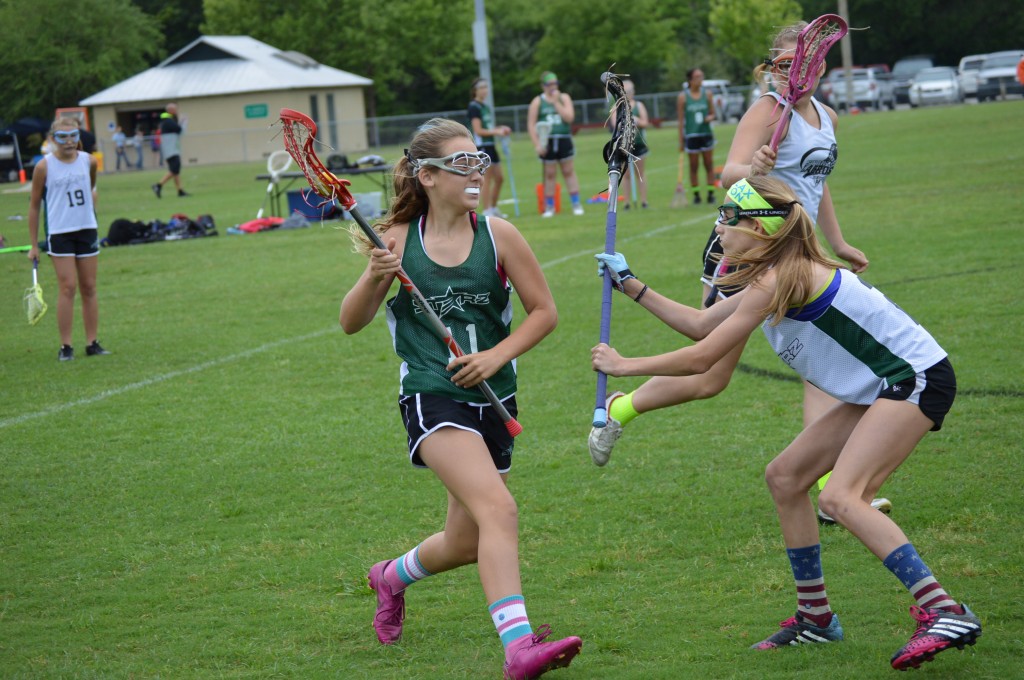 Brooke Reed goes to make a move on the competition